This match was up there with the classic encounters of the PFFC past. 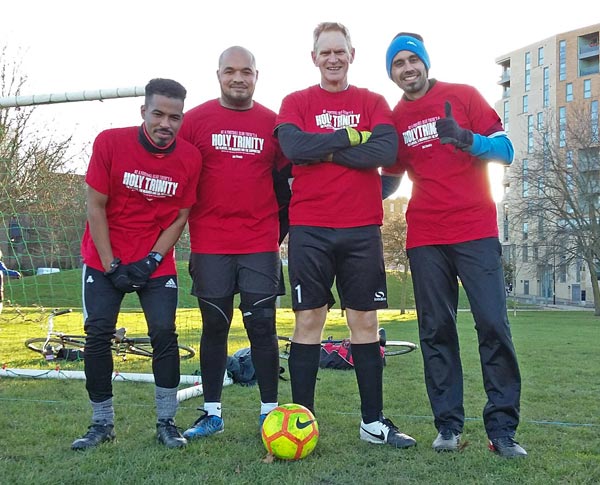 It took place on a bleak, freezing post-Christmas January afternoon, with only one recognised PFFC original(!), two friends of a work colleague and a local who turned up to the ground to watch his mate. However, this makeshift crew won against the ‘might’ of New Cross Irregulars and the steely, ever-determined Deptford.

Hassan and Andy were, to put it simply, outstanding. They play 11-a-side together so know each other’s games, but I was truly blown away by their speed, ball skills and reading of the game. With those guys quickly adapting to the game and José told to stay at the back and block everything and anything, we had a solid game plan.

For the first time in quite a few years, Rob kept a clean sheet. He was tested a number of times in the final third after José had to depart early and we played with just 3, and it was real backs-to-the-wall stuff. Overall, this was a great game to take part in and such a fabulous way to start 2018. Has PFFC turned a corner?